Fired for Attending a Political Rally? Not So Fast in California! 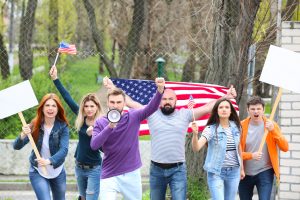 Several employers have been in the news recently after letting go of employees that were seen at the “Unite the Right” rally in Charlottesville, Virginia. Even though the men in question were off the clock – and some of them hundreds of miles from home – their employers did not want to be associated with the beliefs and behaviors demonstrated at the rally, especially after it escalated to the death of one counter-protester and injuries to many other.

Can an employer fire their employee for something they do when they’re off the clock? In California, there are labor laws set in place that protect employees’ political and religious beliefs, and limit employers from responding to employees’ off-duty actions, even if they go against the company’s culture.

California Labor Code section 96, subdivision (k) provides for the assignment of rights by an employee to the Labor Commissioner for “claims for loss of wages as the result of demotion, suspension, or discharge from employment for lawful conduct occurring during nonworking hours away from the employer’s premises.” And California Labor Code section 1101 prohibits employers from making, adopting, or enforcing any rule, regulation, or policy that forbids or controls, or tends to control, their employees’ political activities.

Being photographed at a political rally holding up a sign that is offensive to the employer’s views is not enough cause for a termination, and would likely result in a lawsuit, with the court on the side of the employee. In the case of Cole White, who was an employee at Top Dog in Berkeley, California until he was photographed at the rally in Charlottesville, his behavior went against the company’s culture but was not enough to justify the company to fire him. In a statement released by the company, White voluntarily resigned from his position, likely due to public backlash.

But what happens when an employee’s off-duty conduct isn’t followed by public backlash? What if the employee did do something unlawful outside of work? Can an employer take action against an employee who has been arrested for a DUI or convicted of a crime? The short answer is no, unless the employee’s actions have a concrete impact on their ability to work or affect the company’s business in some way. 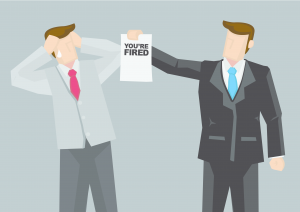 In today’s social media world, it seems that public backlash is more common than ever. Angry customers flocked to Yelp and Facebook to let Top Dog know that they were unhappy with the employment of someone who participated in white supremacy rally. But backlash can also be unwarranted. Professor Kyle Quinn from the University of Arkansas was mistakenly identified in photos from the Charlottesville rally, but before he could even clear his name, thousands of people were calling for his termination.

For employers trying to protect their business, the line is quite blurry when it comes to policing after-hours behavior. The actions of employees can put their employers in a bad light, and that comes with its own set of troubles. To determine whether an employee’s off-duty conduct is deserving of any repercussions, consider the following analyses:

Determine if the activity was illegal. Was the employee arrested or convicted of something that would endanger other employees (such as violence or use of illegal substances or weapons) or something like check fraud/embezzlement or unlawful contact with minors that would affect business operations? While not every illegal act may warrant termination, there are situations where it would.

Check for violations of company policy. An employer can enforce various policies like harassment prevention, conflict-of-interest, equal employment opportunity, prohibitions on illegal drug use, many of which do not violate California Labor Code. However, company policy should be applied consistently and non-discriminatorily in order to meet Labor Code requirements. It’s important to work with your HR Consultants to enforce and keep a detailed record of policy violations in the event a terminated employee decides to file a lawsuit against you.