Last week, a federal judge in Texas struck down an Obama administration policy that would have raised the minimum salary threshold required for employees to qualify for exemptions under the Fair Labor Standards Act. The so-called “overtime rule” would have required businesses to pay overtime to employees making less than $47,476 a year (Up from $23,660) and working more than 40 hours a week. 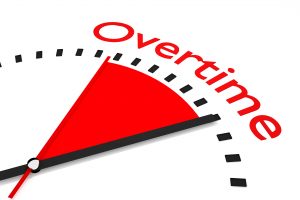 The overtime rule was introduced late last year as a means of raising wages via Executive Order, after Congress blocked a proposed minimum wage increase from $7.25 to $10.10 an hour. With no compromise in sight, Obama issued a Department of Labor rule that would entitle an employee earning less than a $47,476 salary per year to receive time-and-half for hours worked over 40 hours per week. The rule would have allowed approximately four million more workers to receive overtime pay, including workers in the hospitality and restaurant industry such as cooks, bartenders, sommeliers, and pastry chefs, who often work overtime hours without the extra pay due to a “duties test” that allows employers to make certain employees exempt from overtime.

Unfortunately, employees never saw any benefits from the rule, as shortly after it was put it place, District Court Judge Amos Mazzant granted a nationwide injunction to block it. Mazzant declared the Department of Labor rule to be unlawful because it used salaries, as opposed to duties, as a determining factor in whether an employee deserves overtime.

The government appealed the ruling, but after the appeal was filed, there was another big change that happened. Donald Trump was inaugurated and a new head of the U.S. Department of Labor (DOL) was installed. In a June 2017 court filing, the new Secretary of Labor, Alexander Acosta, continued to argue that while the DOL does have the authority to set a higher salary threshold, it decided not to advocate for the specific salary level ($913 per week, or $47,476 per year) established by the overtime rule. Acosta noted that the department would “undertake further rulemaking to determine what the salary level should be.” The DOL began taking public comments on the rule in July.

But before the DOL was able to determine a reasonable salary threshold, Judge Mazzant gave the rule a final blow. In his 18-page decision, he noted that “the Department (of Labor) does not have the authority to use a salary-level test that will effectively eliminate the duties test.” He concluded that by more than doubling the previous minimum salary level, it would “essentially make an employee’s duties, functions, or tasks irrelevant if the employee’s salary falls below the new minimum salary level.”

Mazzant’s decision will undoubtedly not go over well with unions and worker advocacy organizations. With the DOL announcing that it will no longer support the original rule as proposed, it’s likely that these groups will ask to take the DOL’s place in the 5th Circuit Court of Appeals.

What does this mean for employers? With the overtime rule shot down once again, and possibly for good, employers should maintain the status quo in regards to overtime and salary rules. The Trump administration has indicated that while it doesn’t support the $47,476 salary level, the current salary threshold does need to be raised. However, the decision may not happen quickly and employers should not forget about the “duties” test. Simply paying employees a salary that meets the current threshold is not enough to be compliant. If the employee does not meet the duties test, the employer is required to track their hours and pay overtime on all hours in the workweek over 40 hours, regardless of whether the salary meets the threshold or not.