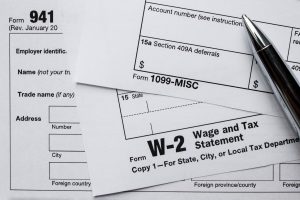 In May of this year, the California Supreme Court issued a ruling that made the already challenging task of deciding whether to classify a worker as an employee or an independent contractor even more difficult. In their ruling, the court adopted the “ABC” test in order to establish the new standard for evaluating independent contractor versus employee issues. This test puts the burden of proof on the employer by assuming the worker should be classified as an employee, unless the employer can prove each of the following to be true:

The Court did not address applying its decision retroactively, but that’s exactly what recently happened to one California employer in the case of Oriana Johnson et al. v. VCG-IS LLC et al. which was decided by Orange County Superior Court Judge William D. Claster. Judge Claster recently held that the rigid “ABC” test was allowed to apply retroactively to the Private Attorneys General Act (PAGA) suit over Labor Code violations that allegedly occurred in 2015. The PAGA suit is still being decided on, but the retroactive ruling could increase the wage claim significantly.

Misclassification of employees is not always uncovered as the result of a wage and hour lawsuit. With the explosive growth of the independent workforce and the gig economy, the Internal Revenue Service (IRS) and other federal and state agencies are becoming increasingly concerned about appropriate worker classification and excessive worker misclassification. Both the IRS and the Department of Labor (DOL) have a vested interest in ensuring workers are classified correctly. The two agencies are tasked with combating misclassification; the IRS through employer audits and the DOL through their Worker Misclassification Initiative. A DOL or IRS audit will typically include all employees and independent contractors working for an employer over a three-year period.

The ramifications of worker misclassification for an employer can vary greatly, depending on whether or not the violation or violations are found to be unintentional or intentional, or even fraudulent. If misclassification was unintentional, the employer still faces, at minimum, penalties of $50 for each Form W-2 that the employer failed to file, 1.5% of the wages plus 40% of the FICA taxes (Social Security and Medicare) that were not withheld from the employee and 100% of the matching FICA taxes the employer should have paid. Interest is also accrued daily on these penalties beginning on the date they should have been deposited. The employer is also subject to a Failure to Pay Taxes penalty equal to 0.5% of the unpaid tax liability for each month up to 25% of the total tax liability.

If fraud or intentional misclassification is involved, additional fines and penalties can be imposed on the employer, including penalties of up to 20% of all of the wages paid, plus 100% of FICA taxes for both the employee’s share and the employer’s share. Criminal penalties of up to $1,000 per misclassified worker and one year in prison can be imposed on employers as well. In addition, the person responsible for withholding taxes can be held personally liable for any uncollected tax.

Misclassification of employees as independent contractors is a serious issue that many employers can not afford to be confused about. When in doubt, employers can choose to classify workers as employees to avoid penalties. However, doing so may cause them to pay out extra money in a different way; through taxes, overtime pay, benefits, unemployment compensation tax and workers’ compensation insurance that the worker may not actually be entitled to. The best course of action for employers who are unsure about classification is to partner with an HR professional with up-to-date knowledge on current regulations who can advise the employer on how to properly classify their workers.