An Error in the Employee Handbook? It That Could Cost You! 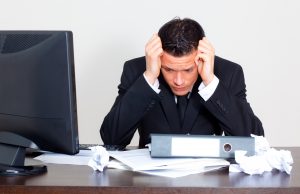 A detailed employee handbook is one essential component of being an employer. Having clear and concise policies in the hands of each and every employee helps keep workers safe and productive, can help resolve disputes before they escalate and can help to protect both the employer and employee from misconception or potential litigation. Conversely, if your employee handbook leaves out important information or is not clear, concise and consistent in its policies, you may have a costly mistake on your hands.

In a recent case, a single word led to a lengthy court battle for one California employer. In the case of Carlos Juarez v. Wash Depot Holdings, Inc., et al., the omission of a single word in the Spanish version of the employee handbook was a mistake that affected the enforceability of the company’s policies and procedures. The procedure in question was about an employee’s right to bring an action under the California Private Attorneys General Act (PAGA). The English version of the handbook stated that the denial of the right to bring a PAGA action was severable if a court found the denial unenforceable, while the Spanish version was written to state that the PAGA denial was not severable.

After an employee, Carlos Juarez, filed a complaint against his employer, alleging 13 claims for various wage and hour violations, the company motioned the court to compel arbitration, citing their handbook. However, upon further examination of the company’s handbook policies, the trial court denied the motion. The trial judge provided that the differences in the severability of the PAGA waiver clause between the English and Spanish versions of the handbook were “profound” and concerned “a very significant subject.” The employer appealed the decision, but the appeal court held the decision made by the trial court, allowing Mr. Juarez to retain his right to bring a representative action under PAGA.

When it comes to employee handbooks, there is no room for uncertainty. Employers should not only ensure that their policies and procedures are clear and concise, but also that they are consistent throughout the entire handbook and in any translated versions. Handbooks should be revisited each year to make certain there are no discrepancies and to be updated to comply with any new laws or regulations.

Here are some of the most crucial areas of the employee handbook, where an unclear or poorly-written policy can cause problems for employers: