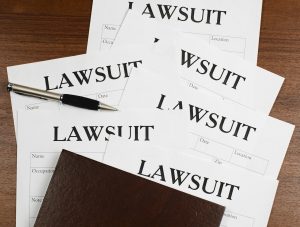 California is known for having strict employment laws, and companies of all sizes are subject to scrutiny of their policies. Google is the latest high-profile company to be hit with allegations, with several female employees filing a class-action lawsuit for systemic wage discrimination against women. In addition, the Office of Federal Contract Compliance Program (OFCCP) has launched an investigation into Google’s pay practices – only further adding to the negative media attention the company has already received after a former male employee’s disgruntled anti-female rant.

The recent class action lawsuit describes Google’s compensation policy as placing its employees on certain “ladders.” The different tiers dictate compensation and set employees on a specific path for advancement opportunities. According to the suit, when the plaintiffs first became employed at Google, they and other women were initially placed at lower levels on the ladder than male employees with the same level of experience. Despite performing substantially similar jobs to their male counterparts, the women allege that their placement at lower levels on the ladder led to lower pay and lesser earning potential within the organization, with no opportunity to ever bridge the gap.

The California Equal Pay Act requires all employers, regardless of the size of their company, to pay the same wages to male and female workers of all different races and ethnicities who perform substantially similar work. Employers who violate the law are subject to litigation, and an employee who wins this type of lawsuit can be awarded the pay differential, liquidated damages, interest, litigation costs, and attorney fees. When a class-action lawsuit with multiple plaintiffs is brought against an employer, the potential costs for the employer dramatically increase. With Google having thousands of employees in the state of California, the number of plaintiffs will most likely grow with the OFCCP’s investigation and the potential damages will be quite significant.

Gender pay equity issues aren’t the only thing Jerry Brown has been working to change. Brown signed several new Bills over the last month; including the previously mentioned AB 168 and SB 63. Two more bills were signed recently, continuing his trend of restrictions against employers.

Assembly Bill 1008 prohibits most private and public employers with five or more employees from asking applicants about their criminal convictions history before a conditional offer of employment has been made. If an employer wants to deny an applicant the position after reviewing the conviction history, they must make an individualized assessment and provide the applicant with an opportunity to respond before making a final decision. AB 1008 also repeals existing Labor Code Section 432.9 (which only applied to public employers) and adds a new provision to the Fair Employment and Housing Act (FEHA) to apply to both public and private employers.

Senate Bill 306 is an anti-retaliation law under which employers can be forced to reinstate an employee and allow them to work while under litigation for retaliation claims. SB 306 also allows the Labor Commissioner to commence an investigation into alleged retaliation, “with or without receiving a complaint,” in cases where suspected retaliation has occurred during adjudication of a wage claim, during a field inspection, or in instances of suspected immigration-related threats. Previously, the Labor Commissioner was only authorized to conduct such investigations after an employee complaint was made.

Coming up in January when the Legislature reconvenes, employers may see yet another change to employment law. Senator Connie Leyva (D-Chino) announced last week that she will be introducing a “Scheduling Bill of Rights” that will require employers to provide written work schedules in advance and will impose some sort of financial penalty on those that change work schedules after posting without employee consent. That same day, Assemblymember Lorena Gonzalez Fletcher (D-San Diego) announced that she would also be authoring legislation in 2018 to “prevent erratic scheduling practices that have become too common in part-time workplaces.” Fletcher’s proposal would require employers to provide advance notice to employees so they “can better plan their responsibilities of family, other jobs and school.”