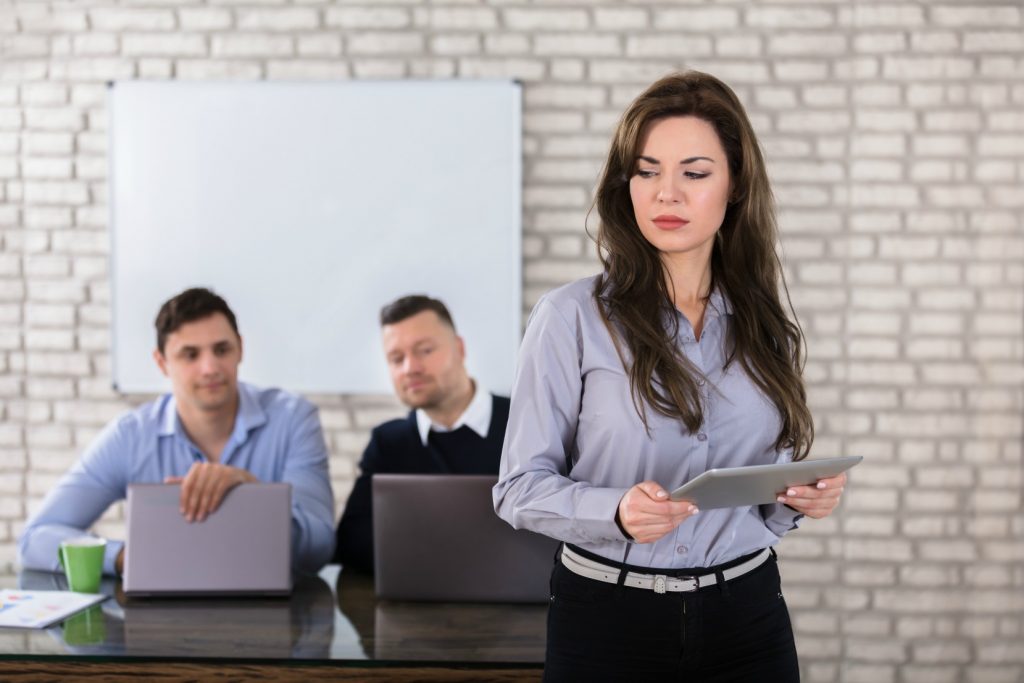 Earlier this year, Alorica settled the EEOC lawsuit on behalf of victims of sexual harassment and related retaliation at two of the company’s work sites. The lawsuit stated that both female and male employees of Alorica were subjected to harassment by managers and co-workers – including being subjected to a sexually hostile work environment. The EEOC’s suit further alleged that, despite repeated complaints from multiple employees, Alorica’s HR staff failed to properly address the harassment.

This is one example of when an HR outsourcing company might be a valuable tool for businesses in regards to properly handling harassment claims as it is an outside party that prioritizes compliance for employers.

Alorica disputed the allegations brought against them but agreed to a settlement “to avoid protracted litigation.” The settlement, which will be distributed among 44 victims from their Fresno and Clovis facilities, cost the company $3.5 million. In addition to the monetary compensation, Alorica also agreed to a three-year consent decree, which includes the hiring of a third-party monitor, the creation of an internal equal employment opportunity consultant and an internal compliance officer as well as sexual harassment training for employees.

Alorica is not the only California company to be affected by the EEOC’s increased efforts. In May, Goodwill Industries of the Greater East Bay was ordered to pay $850,000 to settle an employee sexual harassment and retaliation lawsuit brought on by the EEOC. In August, Uber agreed to pay out $1.9 million to 56 employees alleging sexual harassment. Uber’s payout was also part of a broader settlement of $10 million that included other allegations such a pay disparities and discrimination.

The EEOC’s latest report was released on October 4th, almost exactly one year after an exposé involving allegations again Harvey Weinstein helped propel the momentum of the #metoo movement all over the world. According to the new report, the EEOC filed 66 lawsuits challenging workplace harassment, 41 of which alleged sexual harassment. These lawsuits sought to protect a wide-range of employees across the entire country in almost every industry, including servers and bartenders, nurses, administrative assistants, customer service staff, truck drivers, welders, housekeeping staff, country club workers, airline employees, factory workers and grocery store employees.

In both June and August, the EEOC coordinated the filing of federal court cases around the country for charges alleging harassment. Reasonable cause findings increased to nearly 1,200 in FY 2018 compared to 970 in FY 2017. Successful conciliations reached nearly 500 up from 348 in FY 2017. In total, the EEOC recovered nearly $70 million for the victims of sexual harassment through administrative enforcement and litigation in FY 2018, up from $47.5 million in FY 2017.

What Employers Should Take From This Report

It is likely that this trend of increased awareness and action surround workplace harassment is going to continue. In addition to the above-mentioned data, the EEOC has also developed several tools to meet the heightened demand from workers for information and advice, including a detailed explanation of steps for individuals to take if they feel they have been harassed at work. On the employer side, the EEOC issued “Promising Practices for Preventing Harassment” as part of their ongoing efforts to provide strategies to employers to reduce workplace harassment. The EEOC also conducted over 1,000 outreach events on harassment for more than 115,000 individuals and employers.

The recent signing of Senate Bill 820 into law by Governor Jerry Brown makes it even more difficult for employers and individuals in the state to discreetly settle sexual harassment cases. The new law prohibits secret settlements and non-disclosure agreements in sexual harassment cases. While a victim can still choose to keep their name private, the perpetrator’s identity cannot be confidential.

Employers are encouraged to continue to encourage dialogue that concerns appropriate and professional workplace behavior, create easy-to-follow procedures for reporting sexual harassment and take prompt action to investigate claims of harassment when they occur. California employers will soon have to ramp up their efforts anyway, to comply with another new law signed by Governor Brown. Requirements for all employers with at least five workers include at least two hours of sexual harassment prevention training to all supervisory employees and at least one hour of sexual harassment prevention training to all non-supervisory employees in California; within six months of employees assuming their position, and once every two years thereafter. Training efforts can begin as soon as January 1st, 2019.