Last Thursday, the California Senate approved SB-562 – a $400 billion-a-year single-payer health insurance system for all residents (including undocumented immigrants and incarcerated felons) of California, being dubbed Healthy California. If passed, the program will completely overhaul how California citizens receive their health coverage. The bill proposes a single, government-run, universal-care system for everyone in the state.

The proposed bill aims to change health care in California from commodity to a right – but it comes at a price. The total annual cost is estimated at about $400 billion per year, including all covered health care services and administrative costs, at full enrollment. The bill assumes existing federal, state, and local funding of about $200 billion could be available to offset a portion of the total program cost, but the federal government is unlikely to provide California with any funding.

The additional estimated $200 billion would need to come from additional tax revenues, mostly on California business. Assuming that this cost was raised through a new payroll tax – with no cap on wages subject to the tax – the additional payroll tax rate would be at least 15% of earned income. Proponents of the bill are concerned that costs will spiral out of control, citing for example, the State of California Jail system, where costs are the highest in the nation at over $75,000 per inmate. Proponents use the jail system as a prime example of how the California government is unable to manage costs and run business efficiently and effectively.

It is important to note that the overall cost of those new tax revenues would be offset – to a degree – by reduced spending on health care coverage by employers and employees. However, the bill does not specify a revenue stream and that leaves employers vulnerable to the extra costs associated with transitioning from the current system to the proposed single-payer system. 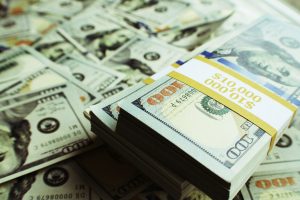 The all-encompassing health plan was introduced by state Senator Ricardo Lara, D-Bell Gardens (Los Angeles County), and Senator Toni Atkins, D-San Diego. It seeks to transform California’s current multi-payer health system into a single-payer fee-for-service program that would cover all 39 million residents. The bill, if passed, would make drastic changes to the current system. Under SB-562, Every Californian would have access to the same comprehensive health benefits under a single plan, with the ability to choose their providers, and without worrying about their insurance not covering something out of their network.

Regardless of the type of health care system used, employers can make navigating health insurance and benefits worry-free by employing a PEO (Professional Employer Organization) firm under which the employer can outsource their benefits and health care plans and ensure all requirements are met.