Last week, the Senate failed to pass the so-called “Skinny Repeal” bill – the latest attempt to repeal the Affordable Care Act (ACA). The Skinny Repeal was designed to eliminate the individual mandate – which requires nearly all Americans to obtain health insurance or pay a penalty – as well as the employer mandate, which obligates companies with more than a certain amount of employees to provide affordable coverage to their full-time workers. While the proposed repeal wouldn’t have made a big difference to employers, this most recent Senate loss means the ACA – a.k.a. Obamacare – is here to stay, likely for the rest of the fiscal year, until the next budget reconciliation.

After multiple failed attempts at a repeal, the most likely solution to come from the administration is not a repeal at all. Some key GOP lawmakers are advocating for quite the opposite approach; working with the Democrats to make tweaks to Obamacare. The Democrats have made it known that they’re open to renegotiating parts of Obamacare, as long as the intent isn’t to repeal it completely. A new poll found that nearly two-thirds of Americans (up from just over 50% in January) want to keep the 2010 healthcare law, either “entirely as is” or after reforming “problem areas,” so this seems like an avenue that should appease all sides of aisle.

The administration is not giving up so quickly, suggesting that Obamacare will be collapsing on its own sooner than later. With the president recently announcing that he would stop issuing federal subsidies to insurance companies, that collapse could happen very quickly. 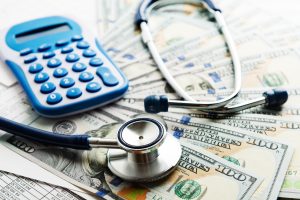 Insurers rely on these federal subsidies to make up for lower-income insured, whose health insurance payments are lower under Obamacare. If the subsidies were taken away without changing how much money lower-income people pay for their health insurance, insurance companies would be forced to leave Obamacare exchanges, thus causing the administration’s suggestion of an Obamacare implosion. As the 2018 mid-term elections draw closer, it may not be wise to cause such a volatile end to the Obamacare marketplace. So what else is on the table?

With no new repeal on the horizon, and no impending “implosion” as suggested by the administration, the routine remains the same for employers: continue with ACA compliance and wait for the next attempt at tackling healthcare reform.

The employer shared responsibility provisions – also known as the employer coverage mandate – are the employer penalty provisions under the ACA. Penalties apply if an employer fails to offer minimum essential coverage that is affordable and provides minimum value to full-time employees working at least 30 hours per week. Reach out to your HR Director or HR Outsourcing Company for the requirements that apply specifically to your company.